Olive oil as medicine in the 21st century 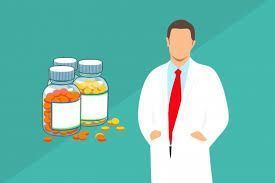 Olive oil as medecine? A lot has been written about the different types of vegetable oils, and many unfounded myths have been created. I still remember (I’m old… :-)) when in Spain olive oil was under minimal prestige.

It was said that he was not healthy, that it was fatter than the rest, that it was not good at frying, and various nonsenses… In fact, at that time, peanut oil was booming! incredible true?? that’s how it was … the reason comes from the other side of the Atlantic.

They were post-war times in Spain, and our wise North American friends took advantage of it to sell us their surpluses … in fact, it is no coincidence that at that time the president of the USA was Jimmy Carter… whose family owns the largest plantations of peanut.

We can find many vegetable oils in the market, palm oil, soya, coconut, sunflower, avocado, flax, argan, rapeseed, corn, … and of course olive oil! Everyone has their good and bad things, and of course they all are highly caloric, although with important differences about the performance of these calories in our body.

Olive oil has been known since ancient times, several thousand years. The first indications of production come from the Fertile Crescent, between the Tigris and Euphrates rivers, in Iraq, to ​​the Nile (Egypt), back in 4000 BC. The Egyptians themselves, back in 2000 BC, began to market it, and took it to Crete, in amphoras and vessels.

Parqueoliva, the most awarded EVOO in Spain, for this Coupage from Córdoba

At first the Egyptians used it mainly for cosmetic purposes and as a medicinal remedy, for its anti-inflammatory, anti-bacterial and immunological properties, but it was the Phoenicians who took it to Spain and North Africa.

Of course it is the king of oils! For decades the scientific community has “intuited” that olive oil is responsible for the countries of the Mediterranean basin, Italy, Spain, Greece, Turkey and Tunisia, presenting cancer and Alzheimer’s disease figures significantly lower than the rest of the world. Continental Europe, North America or Australia.

It is also believed that he would be one of those responsible for the longevity records of the Spaniards. Its antioxidants protect our cells against premature aging, since they neutralize “the free radicals that are generated naturally in our daily activity.

It is demonstrated is its protective effect against some types of cancer. Even in the laboratory it has been shown that a particular molecule, present only when the oil is Extra Virgin, the Oleocanthal, is able to attack and literally kill, cancer cells, in 30 minutes, leaving intact the healthy cells.

Now all that’s left is for the pharmaceutical industry to find economic reasons to create medicines and treatments based on these discoveries. It seems unlikely given how much they earn from the sale of their current oncology drugs … 🙁

Numerous studies show that it is the only oil capable at the same time of reducing the LDL (bad cholesterol) and increasing the HDL (good cholesterol). This means that olive oil is the best helps us to control blood cholesterol levels, and consequently, to fight the atheroma plaques that are installed in our arteries, the source of numerous and dramatic cardiovascular diseases.

Olive oil transports the vitamins we need, and favors the absorption of minerals such as Zinc, Phosphorus, Magnesium or Calcium. The latter, responsible for maintaining hard bones and avoiding Osteoporosis. Do not forget also that olive oil helps diabetics to regulate their insulin levels, therefore needing to be punctured less each time.

And we insist, only buy extra virgin olive oil, because if it is not Extra it does not have these incredible properties anymore.

It is the great demonized in Spain, for everything that happened a few decades ago, with denatured rapeseed oil. And it’s a pity! because it is probably, after the olive, the greatest health benefits would bring us.

We think that the government should do some information campaign to “refloat” this oil, that nothing happens to it, and it is much better than most. For example in Germany, it is the most used in the kitchen.

For years our mothers and grandmothers insisted on using it for frying, as an alternative to olive oil … crass mistake! It has been shown that olive oil belongs to everyone, which has greater resistance to high temperatures, reaching up to 200º without smoking. This is due to its higher content of polyphenols and antioxidants that has a “shield” effect at high temperatures.

In any case and type of oil, when they “smoke” is no longer healthy, because it is a sign that it is degrading and creating free radicals. These molecules are harmful to our body, supposedly ultimately responsible for different types of cancers.

To avoid! They are unhealthy oils, they get fat and they do not contribute healthy substances. Susceptible to generate free radicals when heated. They are very cheap oils, and used industrially in food, in processes of hydrogenation and frying.

When we consume industrial bakery, potato chips, and the like, we must read the labels carefully, since these oils have probably been used in their manufacture.

In the world there are more than 250 types of olives, although 95% of the oil produced comes from a dozen of them. The best known in Spain are the Picual, the Arbequina, the Cornicabra, the Manzanilla or the Empeltre. In Greece for example, the most used is the Koroneiki.

That the olives belong to one variety or another is defining both the flavor and aroma, and even the health benefits they provide. Even olive oil is made, not very profitable but exquisite.

For example, Cornicabra and Picual, are those with the highest polyphenol content (natural antioxidants), so they protect us better from attacks by free radicals. It is in fact the reason that they sting and bitter more than the rest. They are a priori the healthiest varieties. It is recommended for “potent” dishes, grilled meats, cooked and fried.

In the opposite corner of the “ring” we find these varieties of softer flavor, pulling sweet, because of their lower polyphenol content. They are, however, ideal for pairing dishes such as salads, carpaccios or white fish, providing a delicate touch but without “invading” the main flavors.

Olive oil, how it is produced

The ideal is to do it in October-early November when the olive is still green. It is at this time when its polyphenol content is higher. As the months pass, the olive ripens and its “virulence” fades, softening the flavors.

We must know that these polyphenols are responsible for the taste and aromas of olive oil. They are molecules present only in EVOO (Extra Virgin Olive Oil) in very small quantities, and are also very fragile. In effect, light, heat or the presence of oxygen destroy them. From there to always keep the olive oil in opaque bottles tightly closed and cool places.

It is important that during the harvest the olives that have “touched the ground” do not mix with the ones collected directly from the tree (vareo, milking or vibration), since otherwise, during the transport, they can “contaminate” the healthy ones. Fermentation processes are then initiated that would affect the final quality of the oil.

It is the mechanical process in which the olive is broken or crushed to facilitate the oil’s output. Formerly used stone mill, driven by animals or the strength of a river. Modern electric crushers are currently used, with shovels in the form of hammers.

The paste obtained is transferred to a blender which aims to homogenize the mixture. This shake is important to be done quickly, because otherwise, again the polyphenols suffer and disappear. However, you can not apply heat the paste, because it would also affect them. This is the reason that we call it extra virgin olive oil from cold extraction (< 27ºC – 80ºF).

Once the paste is well mixed, it is passed to a Decanter to separate the oil from the vegetable water and olive residues. It is a completely mechanical horizontal centrifugation process. Finally, to finish “cleaning” the oil of all other water, we proceed to a vertical centrifugation. Both must be done quickly so that the olive oil maintains its properties intact.

If the above guidelines have been followed, we will have obtained extra virgin olive oil, that is, of the highest quality. Its degree of acidity will be lower than 0.8º. It must be remembered that the degree of acidity does not directly affect the taste of the oil, but it is a measure of the percentage of free fatty acids.

Acidity is a good indicator of the degree of “degeneration” of the oil. The more acidity the worse the oil is. The very Premium get very low grades, around 0.1º or 0.2º. Watch out! Do not let yourself be fooled by the “refined oil”, since it has been chemically treated and its degree of acidity can artificially “force” it even to annul it. But it does not stop being an oil without flavor or aroma, to avoid.

If you liked Olive oil as medecine, you might also like: Olive oil calories help you lose weight!