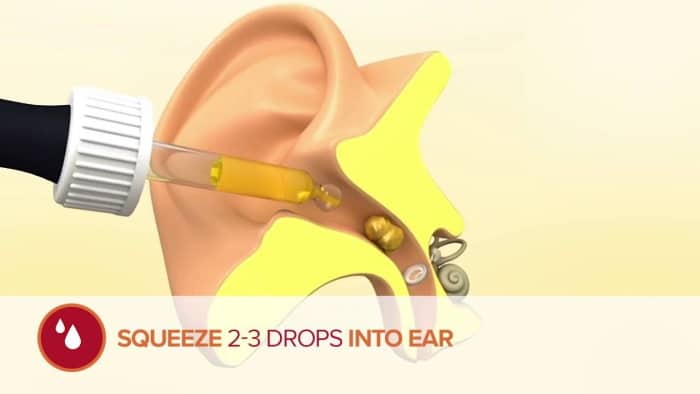 Olive oil is one of the most common cooking oils and a staple in the Mediterranean diet. It has many health benefits too, including lowering your risk of cancer, heart disease, and other conditions. It’s also a traditional remedy for removing ear wax and treating ear infections. Read on to learn more about the effectiveness of using olive oil in your ears and how to try it for yourself.

Olive oil has been used as a home remedy for clearing earwax and treating ear infections for years. It may help break up hardened earwax that is blocking the ear canal, while hydrating the skin in the ear.

Olive oil in ear is generally safe to use in small quantities. Excess earwax normally treks slowly out of the ear canal, with an extra boost from chewing and other jaw movements, carrying with it dirt, dust and other small particles from the ear canal. Then, dried-up clumps of the stuff fall out of the ear opening. 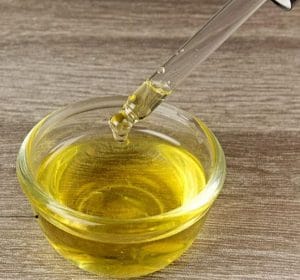 Earwax protects the ear by trapping dirt and bacteria and keeping them from traveling inside the ear. It also blocks water from entering the ear canal and irritating the sensitive skin inside the ear.

Therefore, earwax (cerumen), the yellow waxy secretion from the outer ear, plays an important role in keeping ears healthy. There is no reason to remove it if it is not causing issues or hearing loss.

Olive oil in ear can soften hardened earwax and allow it to be removed from the ear more easily. It’s important to note that olive oil does not dissolve earwax. Put 2 or 3 drops of olive oil down the ear 2 or 3 times a day for 2-3 weeks.

This softens the wax so that it then runs out of its own accord without harming the ear. You can continue for any length of time, but 3 weeks is usually enough. Surprisingly, you will not necessarily see wax come out.

To apply drops to your ear, use a glass dropper or you can dip a cotton swab in olive oil and allow the excess to drip into your ear. Don’t put the cotton swab or any other object in your ear. You can use room-temperature olive oil, though some people prefer to warm it up in a pan over low heat. Make sure to test the temperature on your skin first. The oil should be just slightly warm, not hot.

Remain on your side for 5 to 10 minutes, and wipe away any extra oil that drips from your ear when you sit up. Repeat in the other ear if needed.

Ear wax is produced by glands at the entrance to your ear canal to lubricate and protect your skin. It usually doesn’t need to be removed. However, a buildup of wax can sometimes affect your hearing, cause discomfort, or interfere with hearing aid use. It can also trap bacteria, increasing your risk of developing an ear infection.

Some people also use olive oil in ear to treat ear pain caused by an infection because of its antibacterial properties. Actually, in a 2003 study found that herbal ear drops containing olive oil helped to reduce pain from an ear infection in children. Keep in mind that these drops also contained soothing herbs, such as lavender and calendula, in addition to olive oil.

For ear wax removal, do this once a day for one or two weeks, but if you’re not feeling any relief by then, contact your doctor. Remember, long-term use of olive oil in your ear may lead to even more built-up wax.

It’s important to choose a high-quality olive oil if you’re using it for medicinal purposes, look for extra virgin olive oil. This type of olive oil isn’t chemically processed, (processing can reduce some of its therapeutic benefits).

Don’t use olive oil in ear or any other product in the ear if you have a ruptured ear drum. If you’re not sure if you have a ruptured ear drum, see your doctor before using any remedy in your ear, including natural remedies. Also, don’t place cotton swabs or any other object inside the ear to remove wax or relieve itching. This can easily damage your ear drum or push wax deeper into your ear.

Putting cotton swabs in your ear also increases your risk of developing an ear infection. It’s also responsible for sending thousands of children to the emergency room with ear injuries each year. Finally, make sure to use only room-temperature or just slightly warmed olive oil to avoid burning the delicate skin in your ear.

No, olive oil does not dissolve earwax. It’s believed that olive oil may help soften and loosen hardened earwax, making it easier to remove from the ear canal.

Yes, it is possible that olive oil in ear could make earwax worse. A 2013 study found that people who placed olive oil drops into one ear every day experienced significantly more earwax in the treated ear than in the untreated one.

And if you liked Olive oil in ear please read Olive oil against breast cancer.